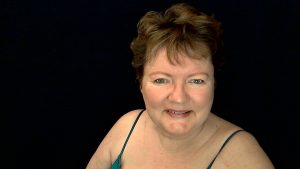 My first year in college, I signed up for Creative Writing. I remember being blown away by Jonathan Swift’s essay, the title of which escapes me now. It’s the one where he discusses the benefits of eating one’s children. Now, Cult of Copy Leader, Colin Theriot, may disagree, but it was basically copyrighting with an attitude.

Oh, the essay was called, “A Modest Proposal.”

I was enthralled with this new-found literary style, the essay. Correction. The persuasive essay. But, I didn’t pursue writing beyond what was required for class.

At the time, I’d decided to be an actress and I’d gotten a scholarship for acting, so writing became an entertainment delivery system, aka “reading.” I remained content to read the writings of others for a few decades.

Fast forward to September of 2000, when I transitioned from HR Coordinator to technical writer for a software development company. It was cool that I would be earning a living “writing.”

Sadly, there was little creativity required and I was disengaged at that job. I didn’t know it was setting me up perfectly to design websites and create digital products.

September 28, 2001. Thousands of American Airlines employees are laid off after the attacks of 9-11, and I received my pink slip also.

Within the next two years, I would:

Two years in to my own business, business was great. But I noticed I was trading dollars for hours and I began to explore something called the “Make Money Online” (MMO) niche.It was January of 2013 that I published my first information product with the help of my IM coach, Ed Akehurst. He was putting together a mega online coaching program and started taking applications for students.I’d been sitting on the sidelines watching the Make Money Online (MMO) niche speed by for at least four years.

When the opportunity came to work with Ed, I was nervous, but I went for it. I’d learned enough to recognize that “creating” information products was really about writing. I knew I could write.

I began an ambitious undertaking of producing three training PDFs for the MMO Kindle sub-niche. Not one, but three PDFs! Folks were going to get value, by golly!

Epub Mogul was launched on JVZoo by “vendor” Barbara OToole and sold just under 100 copies, which is pretty good for a first launch.

Since then, I’ve weeded out some of my most demanding (20%) of my existing web and email local clients. This has freed me up to devote more time to the exploration and engineering of creating and publishing digitally.

Author Fanfare: The Non-Facebook Way to Build a FanBase 24/7

Goodreads Guru: How to the Most of Amazon’s Go -To Author Site